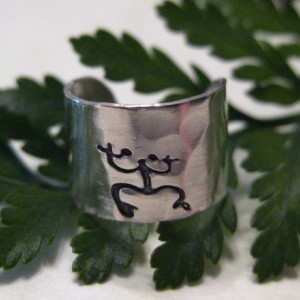 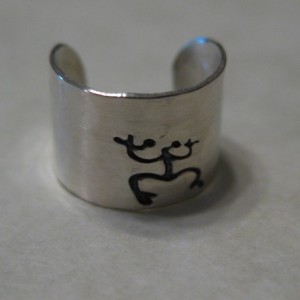 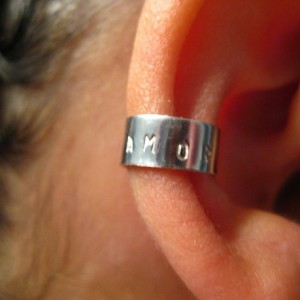 Call it tribal, modern, fashion trend, urban, all I can say is that it surpasses generations, heritage, ages, but over all it has a special meaning for one particular population, that is the native people of the Island of Puerto Rico as well as all Puertoricans living around the world. I wanted to bring something fashionable, cultural and trendy to you, and I am proud to present to you my newest addition and design. Wear it with pride, buy it for that special person in your life or simply as a souvenir that more than just a souvenir it also can be wore. Now a little history for the rest of the world to understand the meaning of this so ancient petroglyph. The Eleutherodactylus as known by its zoological name, or Coqui as it is commonly called, exceeds the creature itself in length. The genus Eleutherodactylus, with over 700 species, is probably the most speciose genus of vertebrates (Crother 1999). More than 17 different species are endemic to the island, 13 of which occur in the Caribbean National Forest. In 2007, a new species, the Coquí Llanero, was officially named Eleutherodactylus juanariveroi. Other species of this genus can be found around the world: in the southern United States, Central and South America; and the Caribbean. The coquí is a very popular creature throughout the Island and enlivens the evenings with its timid ko-kee from which it get its name. The coquies begin to sing when the sun goes down at dusk, singing all night long until dawn. The male coquí sings, not the female. You can find the coquí nearly everywhere, from the margins of the forests where the areas receive large amounts of moisture, in highlands, lowlands, dry and arid places, even in caves depending on the species. The coquí has been a cultural symbol of Puerto Rican history for centuries. Since the time of our native Taino inhabitants and its presence shown on many stone engravings to the present and all the places and objects you will find this symbol represented. It has become a national symbol and an icon for anything Puerto Rican. When Puerto Ricans want to express their nationality, they say: "Soy de aquí como el coquí" (I'm as Puerto Rican as a coquí). Important: Special thanks to http://www.topuertorico.org/coqui.shtml, for providing this valuable information. I wanted to let you know that this product has been handcrafted by an authentic Puertorican artisan.
$16.50 USD
This product is currently unavailable.